History and Background of Tagalog

Tagalog is one of the most widely spoken languages in the world.  Although it originated in the Philippines, it contains traces of other languages, such as English and Spanish. In the United States alone, it is one of the most common languages aside from English with an estimated 1.69 million speakers.

Find out why this widely known language is so important, and why it should be on your radar.

END_OF_DOCUMENT_TOKEN_TO_BE_REPLACED

The Meaning of Colors Around the World

When you see the color red what do you think of? A beautiful sunset? A refreshing glass of wine? Or perhaps a warning sign or blood? Your answer could depend on where you are from. How we perceive colors is affected by our background and past experiences. Knowing what colors mean in different countries can help you decide what colors to use on websites targeted to particular countries or cultures. It can also help you understand what colors to avoid, as well as avoiding misunderstandings or insults that may come about as various colors are used.

END_OF_DOCUMENT_TOKEN_TO_BE_REPLACED

Traveling to a country where a different native language is spoken provides a unique set of challenges, particularly for people who only speak one language. According to the Pew Research Center, European students learn multiple foreign languages in the classroom beginning between ages 6 and 9. The U.S., on the other hand, does not have a national requirement for students to learn a foreign language. Plenty of people educated in the United States do speak a foreign language, but the practical application of two years of high school second language training is challenging at best. Learning a new language has never been more convenient with online resources and even free language-learning apps like Duolingo, plus endless free tutorials on YouTube.

END_OF_DOCUMENT_TOKEN_TO_BE_REPLACED

INTERACTIVE MAP OF SECOND MOST SPOKEN LANGUAGES AROUND THE WORLD

END_OF_DOCUMENT_TOKEN_TO_BE_REPLACED

How VR Technology Could Change The Way We Do Business Forever

It wasn't that long ago when the idea of virtual reality (VR) technology sounded almost elusive and futuristic, but now it's set to become the next big thing in the business sphere. Let's take a look at these new technologies and how they are going to improve business communications and productivity in a multilingual world.

END_OF_DOCUMENT_TOKEN_TO_BE_REPLACED

Global ambitions have taken the content streaming giant, Netflix far from its California roots into markets across Europe, Latin America and Asia. In early 2016, streaming giant Netflix, Inc. announced that it had rolled out its service to 190 countries around the world. In June, 2016 Netflix international subscriber growth wasn't performing as forecasted. The company had faced major headwinds as it tried to conquer the world. However, Netflix blasted past its own forecasts — and most of Wall Street's and now has 104 million subscribers worldwide.   According to a recent study provided by Leichtman Research Group, more people report subscribing to Netflix than owning DVRs.

The three C's Netflix has tackled to improve its global expansion strategy:

END_OF_DOCUMENT_TOKEN_TO_BE_REPLACED

The World is Your Target Market: 9 Tips to Increase Global Sales

Not long ago, retail businesses needed significant startup funds to open a single brick and mortar store. Today, selling globally is not only possible, but real and growing fast. Many retailers have realized that they can increase global sales by expanding their target markets far beyond their local reach via the use of e-commerce. Similarly, the rise of the Internet has made expansion of brands that began in one country viable in others as well. Think Tokyo Disney, Disneyland Paris or McDonald’s serving fast food in 52 countries. Still, many owners and executives are left with the question - How do I market to a global audience?

END_OF_DOCUMENT_TOKEN_TO_BE_REPLACED

How to Say I Love You In Other Languages

Love is a universal language but the words I love you vary significantly across the globe.  Here are just a few examples of how to say "I love you" in other languages around the world.

END_OF_DOCUMENT_TOKEN_TO_BE_REPLACED

13 Unique Holiday Traditions Around the World 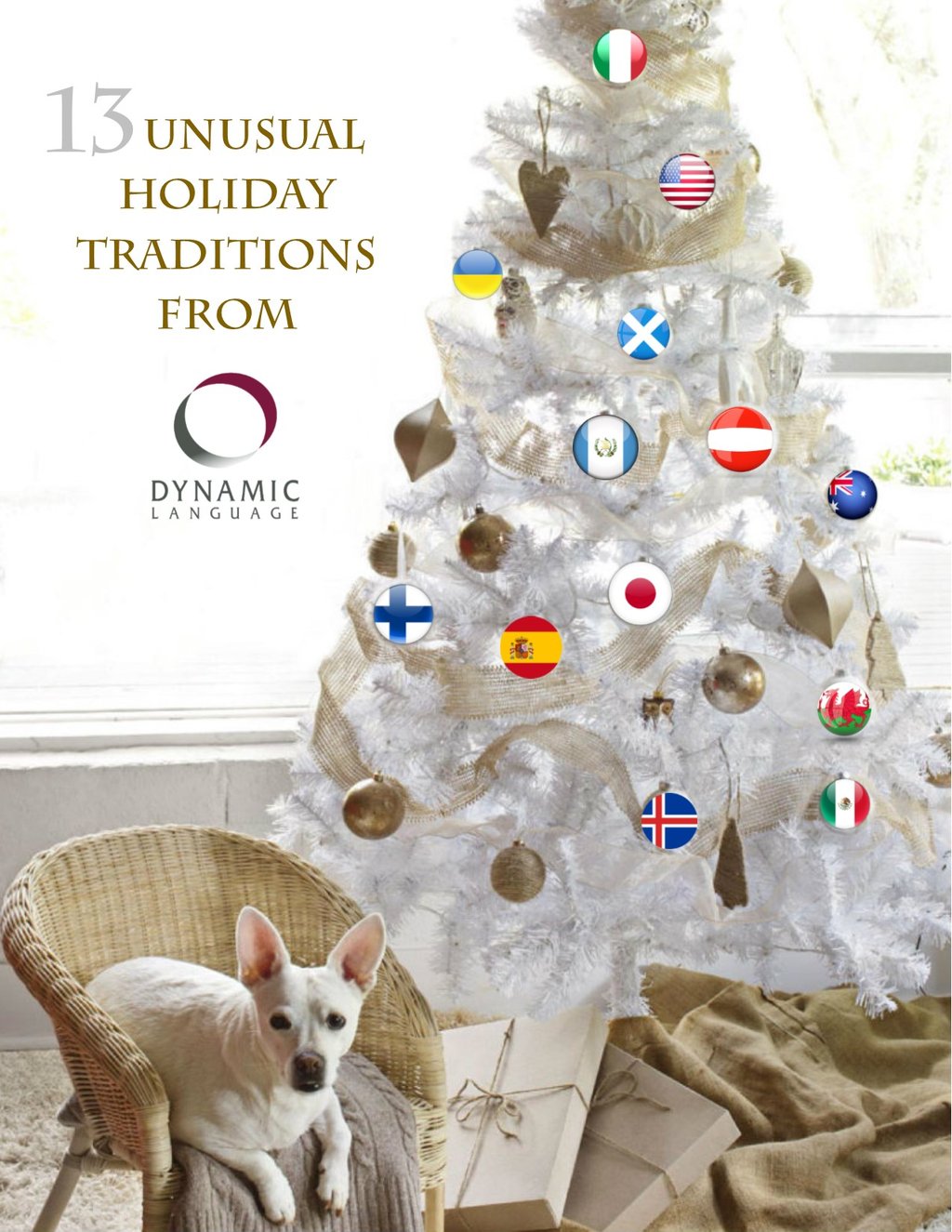 By clicking on the tree ornaments, you can discover what holiday traditions that country celebrates.