8 Translations and The Origins of "Summer"

With June already in full swing, it is difficult not to contemplate the meaning of summer. At Dynamic Language, we cannot resist using cross-cultural and cross-linguistic comparison to analyze the origins of summer in different languages.

Summer (English): The word summer has been around in English for many centuries. Written as sumor in Old English, and sumur in Proto-Germanic, this was probably close to the word for summer used by Proto-Indo-Europeans 4,000+ years ago, as we find cognates in many other Indo-European languages. For example, English summer is still a cognate for Sanskrit sama. Cognates in other languages include German Sommer, Dutch zomer, Old Norse sumar, Old Irish sam, Afrikaans somer, and Armenian hama.

Été (French): This comes from the Latin word for summer, aestas, which comes from a Proto-Indo-European word meaning "to burn, or be on fire." The letter s often goes unpronounced in French. In a major language reform of the 18th century, many unpronounced s's were removed from the French dictionary, probably resulting in some of the transition from aestas to été.

Verano (Spanish): Although verano is also descended from Latin, it has a different root than French. The Latin word verno actually meant "in the springtime." We can see traces of this root in English words, and phrases, such as when describing the vernal equinox in Late March or the vernalization of bulbs and plants to cause them to flower more quickly. The Latin word for summer aestas gave way to a Spanish synonym for summer, estío, which is used far less often. In the Middle Ages, verano came to mean the longest season of the year, in contrast with the short season of winter. This is why spring in Spanish is primavera, or "the first summer."

Λeto "leto" (Russian): The origins of this word are hotly debated. Leto also shares a root with the verb lit', "to pour" and the plural for "years," let. Leto could have descended from lit' as summer is the time when it rains and pours instead of snows. It also may be that it is also descended from Latin laetus, meaning "rich, fertile, wonderful." This is the more probable case, as summers are viewed as the most fertile, nicest times of year. Most historical linguists would agree that let "years" descended from leto, as Russians would count their years in the numbers of summers that had passed. Languages that have similar terms for "summer" include лета leta (Belarusian), ljeto (Bosnian), лято ljato (Bulgarian), ljeto (Croatian), léto (Czech), лето leto (Macedonian), lato (Polish), лето leto (Serbian), leto (Slovak), and літо lito (Ukrainian).

קַיִץ kaitz (Hebrew): This Hebrew word for summer shares a root with many other words in Hebrew, but etymologists have struggled to clearly define how they are all related. The words קץ ketz "end," קוץ kotze "thorn," קוט koot "to cut off," קציר katzir "harvest," and many others. The word קַיִץ kaitz itself can also mean summer fruit, particularly figs. Although it is unclear which meaning came first -- the fruit or the season -- the word may have evolved from the harvesting and cutting of figs, or the end of winter.

夏天 xiàtiān (Mandarin Chinese): This is one of a few possible translations for the word "summer." The first character, 夏 xià, can mean "great, grand, or big."  The second character, 天 tiān, means "sky, heaven, or weather." It makes sense why these two would be combined to symbolize the season of great weather. Sometimes, the word for summer can also be shortened to just 夏 xià. Japanese uses the same first character for summer.

घर्म gharm (Hindi): Hindi is also an Indo-European language. The word for summer is descended from the Sanskrit word for "heat," घर्म gharma, which also shares a root with the Hindi word for "heat," गर्मी garmī. All of these words are descended from the Proto-Indo-European word gʷʰer(m) / gʷʰor(m) meaning "warm." Many words accross Indo-European languages share this root, including: warm / burn (English), garas "steam" (Lithuanian), жар žar "heat" (Russian), ջերմ jerm "warm" (Old Armenian), گرم garm "warm" (Persian), brennen "to burn" (German), and many others. The Indo-European word gʷʰor(m) also evolved into the Latin root furnus "oven, bakery" and Greek θερμός thermos "warm," setting the foundation for countless other words.

Nyári (Hungarian): In Hungarian, the word nyár means "poplar tree" or "marsh." The suffix -i is used to form adjectives out of nouns, to indicate possession, or to form diminutives. So the word nyári could be calqued as "poplar-y", "of poplars", or "poplar (informal)." Either way, poplars are strongly associated with summer in many cultures' folklores.

Do you know the etymology of صيف sayf (Arabic), 여름 yeoreum (Korean), or kesä (Finnish)? Feel free to share in the comments below. For more etymology of English words, the Online Etymology Dictionary can be a great resource. 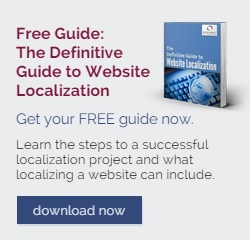